Is There Really No Limit on the Fines that HOAs Can Impose for Violations? 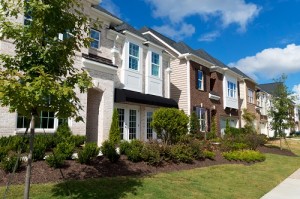 Unlike North Carolina, where daily fines for violations of the covenants are capped at $100, South Carolina does not have a similar statutory limitation. It does not have a Planned Community Act. What it does have—the Horizontal Property Act—is silent on fines.

While in North Carolina homeowners’ associations may impose fines (upon notice and opportunity to be heard) even if the covenants do not expressly allow fines, in South Carolina fines may only be imposed if the covenants specifically give the association the authority to do so. Therefore, if there is nothing in your governing documents about fines, you should not be fined in South Carolina.

What if the covenants give the association the power to fine, but do not give you an amount? Well, then it is up in the air. Without a statute clarifying the permissible amounts of fines, it is up to the courts to clarify that issue for you, assuming the issue is before them. To date, I have not seen a court opinion about what, if any, daily fine is “permissible” or is “reasonable”. In 2006, the South Carolina Court of appeals affirmed a judgment against some homeowners, which included $27,575 in fines imposed for a flagpole and basketball goal erected without the approval of the Architectural Review Committee. Heritage Plantation Owners’ Ass’n, Inc., v. Paone, 2006 WL 7285543 (Jan. 4, 2006). The fines were calculated retroactively based on $25 per day. Id. at *2. The homeowners argued on appeal that the fine was grossly disproportionate to any damage and constituted an unenforceable penalty. Id. at *3. Unfortunately, the Court of Appeals did not opine and rule on the issue because the homeowners failed to preserve it for appellate review. Id.

What daily fine should a board of directors of a South Carolina association impose for violations of covenants? I suppose $25 per day has already been enforced by a circuit court so it is likely to be deemed reasonable; but who knows. The important thing for an association and its board to remember is: the more unreasonable the daily fine is, the least likely it is that it can be enforced or collected.

What To Do as an HOA when Getting Notice of a Sex Offender Living in the Community?

by Diana Coada Owners often turn to their homeowners association (HOA) boards for action regarding and protection against sex offenders.   As an HOA, you… Read More

by Diana Coada Recently, one of my communities had an incident where police were called by a homeowner who caught another person take pictures of… Read More