Duke Energy faces costs of $5 Billion or more to clean up its coal ash ponds throughout the state of North Carolina. Many of the coal ash impoundments have already released heavy metals and other contaminants into rivers and groundwater, including a 40 ton spill into the Dan River in 2014 (for which Duke was assessed a $102 Million fine). North Carolina is now requiring remedial actions to prevent further spills and leakage. 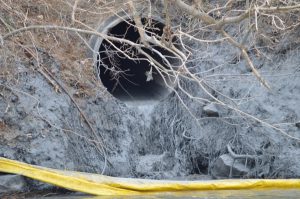 As a means to partially offset the expected price tag, Duke has now filed suit against 30 carriers ( http://www.courthousenews.com/wp-content/uploads/2017/03/duke-insurance-complaint.pdf ) alleging that general liability policies from the 1970s and 1980s should cover some of the costs.

Many of the policies from this time period would likely have included a Limited Pollution Exclusion or an Absolute Pollution Exclusion. A number of my prior blogs have discussed these exclusions and many decisions which have interpreted them.

North Carolina has pretty clear case law from its appellate courts interpreting “sudden” in the “sudden and accidental” exception to the Limited Pollution Exclusion to mean a release that happens quickly (i.e., it is a temporal issue; as opposed to merely an “accidental” release, which is the way South Carolina courts have interpreted it). I other words, environmental contamination which happens quickly (such as the pipe rupture in the Dan River spill) would be covered, but contamination that occurs slowly over time – such as the leaking coal ash ponds – would not be covered by these insurance policies. And these slow leaking ponds are the major cost drivers for the estimated $5 Billion cleanup.

So it appears Duke is facing an uphill battle to collect on any policy which contains a version of the pollution exclusion.

By: Joshua A. Bennett We have said it for years: Most of our claims are not going to trial and may never see… Read More

Strict Compliance with Rule 43(k), SCRCP by Joshua Hinson So you went to mediation, got an agreement from all the parties at 4:55 p.m., which… Read More