The use of expert witnesses is very important in the defense of a blasting damage claim. The blasting contractor will likely need to retain more than one individual to act as an expert witness in the case. One of those individuals will likely be an explosives engineer/seismologist. That person will usually be used to determine whether the blast was capable of causing the alleged damage to the owner’s property (Stone, 2015). The experts’ abilities to give a simple and comprehensive analysis of these issues will bear heavily upon the outcome of the blasting claim (Stone, 2015). 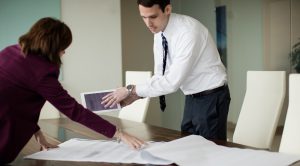 In determining whether the blast was capable of causing the owner’s alleged property damage, the explosives engineer/seismologist will usually perform the following tasks:

After performing the above actions, the explosives engineer/seismologist should be able to formulate an opinion as it relates to whether the vibration from the blasts was strong enough to cause the owner’s alleged damages. Generally, the expert will review the vibration levels recorded in the relevant seismograph reports and blast logs and compare those levels to recommended vibration limits, most likely the limits established by the United States Bureau of Mines in Report of Investigations No. 8507 (1980) and others established by law. This analysis is an effective method to show that a blast resulting in a peak particle velocity at or below the established safe criteria did not cause the owner’s alleged damages.

However, it is important to note, generally, whether or not the damage suffered by the owner could have been caused by blasting is a question of fact, and the trier of fact is not bound to accept expert testimony that the blasting could not have caused the damage in question (Eclavea & Gustafson, 2015). In fact, a jury can simply choose to disbelieve uncontradicted scientific testimony (Frye v. Kanawha Stone Co., 1998). Even so, such expert testimony can be very beneficial in the defense of a blasting claim.

In my next post of this series, we will continue to discuss the pattern and defense of a routine blasting claim, including the experts necessary to defend the case. In that post, we will turn our focus to the structural engineer/contractor, who will usually be used to determine whether the owner’s alleged damages were caused by something other than the blasting.